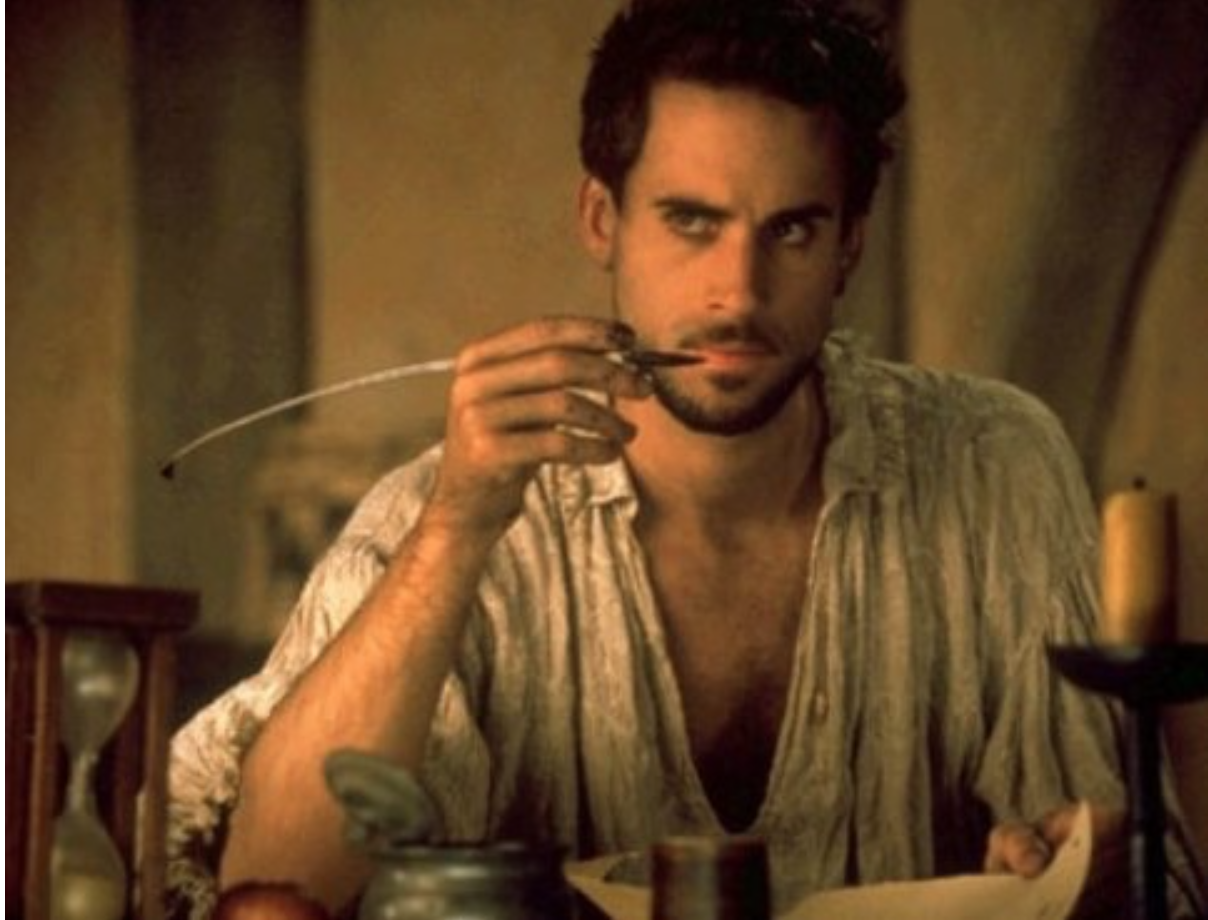 I originally wrote this blog in January 2015, two months before 30 DAYS had its international breakthrough. It all got even better and yes, it will turn out well! How? I don’t know. It’s a mystery…

It will turn out well! How? I don’t know! It’s a mystery!

About 17 years ago I caught a plane to Mexico City, all geared up to start my internship at Volkswagen Mexico in Puebla. I didn’t have my undergraduate studies finished and didn’t speak any Spanish. Both an undergraduate degree and a Diploma in Spanish were mandatory for the internship.

I figured since I’m flying over 6000 miles (9600 km) they won’t send me home for a few missing documents. And I still had a month to at least learn some basic Spanish before the internship began.

On my second day in Puebla – my home for the next 7 months- I went to the movies where they were playing “Shakespeare in Love”. Thanks to which I learnt my first sentence in Spanish: “Díos que bueno soy” (God am I good) and a also a line that Philip Henslowe reiterates numerous times throughout the movie:

The month before my internship was scheduled to begin, I finally learnt a bit of Spanish by talking with the people on the streets (the plan was to attend a language school, but I dropped it shortly after my arrival). But the last week before starting the internship it hit me. I didn’t have the needed documents, and to say that I was very nervous would be an understatement.

Three days before starting the job I met a nice woman while I was on my vacation (Yes! I even took a vacation during the vacation). After some small talk it turned out that she worked at the HR department of Volkswagen so I told her my troubles. She told me not to worry, attend her on the coming Monday and she’ll fix it! And she did! The Monday after I started my internship even though I lacked two mandatory documents… LIFE IS A MYSTERY…

Why am I telling all this? Well last year wasn’t all that great for me as a Newbie entrepreneur and coach – so I did a lot of guided meditations, affirmations, my morning ritual, wrote a book (Check it out on Amazon), found out who my real friends are (funnily the same people that were always there in the bad times + plus some new great people that came into my life), and visualised and visualised and…nothing happened.

But I stuck to my mantra…”It will turn out well. How? I don’t know. But it will! Strangely enough it always does! It’s a mystery!”

Then in the last two weeks of 2014 ‘out of nowhere’ I was approached by various people who wanted to promote me to their clients for company training, I got a raving book review from an American publisher, got contacted by a radio station for an interview, got a great publicist who is worth his money. I even got rid of my fear of flying that tortured me for over 16 years.

These are things I could never have imagined happening to me just some time ago, but they did! Why and how? I HAVE NO IDEA! Life is a mystery! Strangely enough it always works out!

I believe very much in that phrase, but while I believe in it I still keep taking action and do believe that the morning ritual, visualizing, affirmations, goal-setting and being in a constant state of gratitude also added. Not to forget that I worked my ass of during the last 15 months studying like crazy. Putting in 40-50 hour weeks every single week.

Anyway…every now and then it’s also great to take a break and just let things fall into place. As Paulo Coelho said “When you want something the universe conspires in helping you achieve it.”

So do the work, put in efforts, and then lean back and let the universe conspire! Believe me:  ”It will turn out well. How? I have no idea! Strangely enough it always does! It’s a mystery!”

Do you agree that at the end everything always works out?

Do you remember the times in your life when things suddenly worked out miraculously?

I’d love to hear your story, let me know! So long!